The facility is used to test bearings, in particular combined roller and plain bearings, but also conventional bearings. The test rig was developed within the transfer project T6 of the SFB 805 in order to validate and quantify the functionality of a new type of combined roller and plain bearings developed at the PtU by means of sensory monitoring. The combined bearings serve to meet the increased requirements of new press systems, such as the 3D servo press, which go hand in hand with the increase in machine flexibility and the enhanced application range. Two separate hydraulic circuits provide the lubricant for the bearing and the energy for applying the operating force. Two support bearings hold the shaft in the axis of the electric motor, which generates the rotational motion. The tested bearing is mounted between the input and output shafts using box couplings. To detect the shaft displacement path in the plain bearing, the test bearing is equipped with two eddy current sensors spaced 90° apart, which are used to detect the position of the shaft. Three temperature sensors measure the temperature on the outside of the rolling bearing's outer rings and the outside temperature of the plain bearing shell. In addition, the temperature of the lubricant is measured in the oil tank. Furthermore, the operating force applied via a hydraulic actuator is recorded by means of a piezo force transducer, as is the oil feed pressure via a pressure gauge attached to the oil infeed. The accelerations that occur during operation are measured via a 3-axial acceleration sensor mounted on the outside of the bearing housing.

Various operating modes are intended for investigating the bearing behavior (full-rotation mode, pivoting mode and punch tests). Using the integrated sensors, all relevant physical quantities are either measured directly or determined via soft-sensors. Hence, important properties such as compliance, force distribution or damping can be determined. Once the individual bearing forces are known, the service life of the bearings can also be estimated.

In connection with the teaching activities of the institute, exercises related to the forming machines (MUT) lectures take place on this test rig. Furthermore, it is used for project work in connection with teaching (ADP/ARP and tutorials) as well as bachelor and master theses. 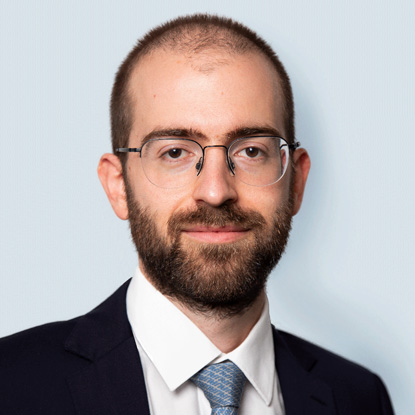